I think I'd like to explain my process here when making this game so you can better understand how far along in this timeline we are. If you aren't in the mood for a long read, you can skip to the TLDR section at the end of this message.

Camp Palut's script, in my mind, is broken into five routes. The common route, which is basically everything in the demo. This route is longer than it feels if you only play through it once, as it includes different scenes for Amy, Nat and Cassie on five different occasions. I also lump two Bianca scenes that will unlock on your second playthrough into this route. Then there is a route for Amy, Nat, Cassie, and Bianca. Each of these routes has a script between 32 and 40 pages.

Here are the steps I go through to create each route

Step 1- Outline. This is pretty self explanatory I think. An outline of the events, choices and CGs

Step 2- Writing. The longest stage. This is just writing the darn route. It can take anywhere from 1-3 months.

Step 3- First Edit. I go through the newly written route and fix continuity or characterization errors and strengthen certain emotional beats. This usually takes about a week.

Step 4- Rest. I like to give these routes a good break before I do anything else with them. I try to rest at least 6 weeks if possible. I don't think very hard about the route and its story, to read it with fresh eyes in step five. But don't worry, I can stay plenty busy with other routes until then.

Step 5- Second Edit. This step can take anywhere from 1-4 weeks. Some routes need more work than others. With fresh eyes, I can focus on pacing issues or structural problems I may have missed earlier. By the time this step is finished, I'm finally ready for other people to read my work.

Step 6- Outside Edits. I pass my script on to my partner who is an academic writer and a fiction lover. He reads my script several times and leaves copious notes. We talk about themes and character arcs. He helps me clarify certain things and expand on ideas he felt were underdeveloped. I edit my script based on his notes and our conversations. This takes 1-2 weeks.

Step 7- Coding. This is the shortest step, taking only a week. Because I am both the writer and coder, I write like I code. This is adding basic transitions and expressions and placeholders for all the CGs as well as the basic music layout.

Step 8- Final Pass. This step will be done last and to all the routes at the same time. Once every route reaches this stage, I will go through with a style guide and add additional sound and music cues, correct spelling and grammar, and check my code to make sure my transitions are uniform.

I am often working on more than one route at a time and usually the routes are in different steps. I'll often finish a step or two on one route, and then put it aside for later while I work on a different route.

With all that in mind, here is a look at where we were at in Camp Palut's production at the beginning of October, and where we are now.

So as you can see, Amy and Common route are waiting for the final pass, while Nat, Cassie, and Bianca are in various stages of completion. Writing and Coding wise we still have plenty of time to finish before the December 2021 estimated date on Kickstarter.

Here's the snag- I am two months behind where I wanted to be at this point. This is my first big project like this and as a solo dev, I'm learning more and more every day. While I planned a lot of buffer room into my schedule, but the buffer room was used up and then some. I overestimated my speed a little bit, but have also had some weird personal issues come up that slowed me down. I moved, returned to work after more than a year in quarantine, and I was diagnosed with ADHD. I'm doing mostly fine, but certain things can throw me out of whack and make working much more difficult.

I have been putting off commissioning the CGs for Camp Palut. I wanted to have the majority of the script complete before I started commissioning them. I didn't want to lock in any particular scene until I was happy with the structure as a whole. I want each route to feel equally satisfying so edits to planned CGs have happened often.

Each route will have a total of 4 CGs, and the first CG of each route is already completed. The others will need to be created by the character artist. I waited too long to start the process on all these CGs. The artist seems to think that it would be possible to finish all of them before December 2021, but it would be a quicker turnaround than her usual.

So what does this mean? I don't feel comfortable requiring the artist to adhere to this strict turnaround, especially since it's my fault we're getting started so late. We are going to move forward and see how it goes, but I don't think the December 2021 date is realistic at this point. I don't approve of crunch and this project has been such a labour of love, I really want to make sure it has enough time to be completed properly. In my next update at the end of November, I will hopefully have a release date for Camp Palut. If we decide to push the release date into 2022, it would only be by a few months, you won't have to wait too much longer!

The final background images have been completed. The new ones are here below. Only a few backgrounds have been kept from you due to spoiler reasons. You've seen them all now! 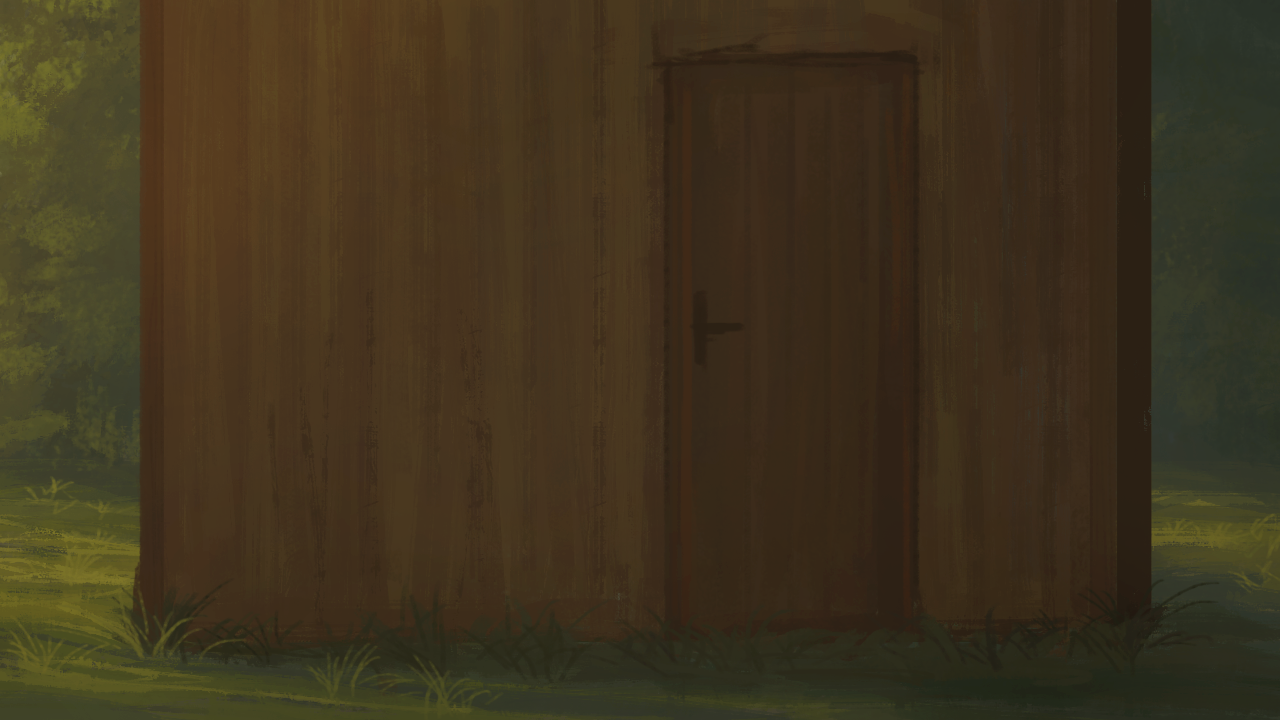 All of the planned music has been completed. When I am finishing up the final steps of the game I may commission additional music to fill any holes I notice.

Wishlists on Steam are incredibly important. It will help other players like you find Camp Palut, and determine how much Steam promotes the game. If you have a steam account please wishlist Camp Palut. It also helps if you share the game with your friends and social media circles.

Thanks for your continued support!

See you next month,

Get Camp Palut: A Queer Mystery